Purchase of a further CNC machine to increase productivity

Start-up manufacturing of bypass chambers for GWR in various materials 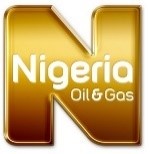 Total overview of the Core Competences

Adipec 2012
We are excited to inform you that Intra-Automation is present during the ADIPEC 2012 in Abu Dhabi. Our stand is in the Dutch Pavilion, Hall 11, booth 11050A.

Hereby, we integrate a thermocouple type K with head transmitter to provide a 4…20 mA signal to the user in order to enable a density correction for gaseous media.

Al already demonstrated with our series -25/-35/-65 & -100, the temperature sensor has no direct contact to the process fluid, so a measurement, as well as a retraction due to maintenance and functional check is no problem at all.

Please try us out. Our team will be pleased to provide you with additional information.

Adipec 2010
One of the largest petroleum shows in the world, the Abu Dhabi International Petroleum Exhibition & Conference 2010 will be staged at the brand new Abu Dhabi National Exhibition Centre between 1-4 November 2010.

Brazil Automation – ISA show 2009
Brazil Automation is one of the most important events in automation worldwide that presents the latest technology trends in automation systems and tooling as well as providing a great possibility to get updated through the courses and conference hosted during the event by ISA. The event will take place in São Paulo between 10th and 12th November. The event offers an unique opportunity for manufacturers, distributors, researchers, students and professionals network, exchange information and do business. More

Opening New Production Hall – 8th August 2009
With the grand opening celebration on Saturday the 08th of August Intra Automation opened up a new production and storage facility. The new total capacity adds now up to 3400m².

Gastech 2009 Gastech 2009 is the largest international conference and exhibition for the LNG, LPG and natural gas industries in 2009; where business leaders from across the gas supply chain gather to discuss the latest trends and developments affecting the commercial and technical gas worlds.

ADIPEC 2008
Intra Automation celebrates its debut on the ADIPEC in Abu Dhabi with a booth at the German Pavilion (Hall 7, bootn 52-07). More

IS 200 ATEX
Since April this year, we are able to supply our IS200 Ultrasonic Flowmeter with ATEX EExd and EExi certification.  More

Hannover-Exhibition 2008 – 21st–25th April
After 7 years of absence of the Hannover Fair, this is the first appearance on this exhibition.  More

Exhibition „Wärmetechnik 2008“ from April 8th – 10th
On this years trade fair for thermal engineering, Intra Automation has presented among other products the new ATEX certified IS200 Ultrasonic-Flowmeter.  More

StocExpo in Rotterdam – 25th to 27th March
Already in the past, Intra-Automation presented their products at the “StocExpo” in Rotterdam. The “StocExpo” is one of the leading fairs for oil, chemical and gas tank storage terminal industrie. More

New auxiliary equipment: digital Displays, Bargraph and Controller
Due to the increased demand, we have expanded our product range by indication displays and controllers. The new product lines are IntraDigit, IntraGraph und IntraCon. More

Guided Wave Radar
Intra Automation combines the principle of conventional magnet flap indicator type ITA with the guided wave radar level transmitter for redundant measurement.
This website uses cookies to make the website more user-friendly and functional. By continuing to use the website, you agree to the use of cookies.
Cookie SettingsOK
Zustimmung bearbeiten

This website uses cookies. Some are absolutely necessary for the operation of the website. Third-party cookies that help us analyze and understand how you use this website are only stored in your browser with your consent. You also have the option to disable these cookies.
Functional
Functional cookies help to perform certain functionalities like sharing the content of the website on social media platforms, collect feedbacks, and other third-party features.
Performance
Performance cookies are used to understand and analyze the key performance indexes of the website which helps in delivering a better user experience for the visitors.
Analytics
Analytical cookies are used to understand how visitors interact with the website. These cookies help provide information on metrics the number of visitors, bounce rate, traffic source, etc.
Others
Other uncategorized cookies are those that are being analyzed and have not been classified into a category as yet.
SAVE & ACCEPT